Advent and ‘Peace With One Another’ 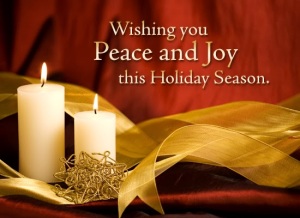 This principle of peace helps to explain why the world is not at peace. The world does not know God and, thus, it cannot achieve lasting peace. It took a special birth to give the hope that “peace on earth, good will toward men” is going to come someday. This message is so urgent in view of all the unrest in the world.

The people were being heavily taxed, and faced every prospect of a sharp increase to cover expanding military expenses. The threat of world domination by a cruel, ungodly, power-intoxicated band of men was ever just below the threshold of consciousness. Moral deterioration had corrupted the upper levels of society and was moving rapidly into the broad base of the populace. Peace propaganda was heard everywhere in the midst of preparations for war. The latest rulers were covering the landscape with their statues and images, invoking a subtle form of state-worship. Intense nationalistic feeling was clashing openly with new and sinister forms of imperialism. Conformity was the spirit of the age. Government handouts were being used with increasing lavishness to keep the population from rising up and throwing the leaders. Interest rates were spiraling upward in the midst of an inflated economy. External religious observance was considered a political asset. An abnormal emphasis was being placed upon sports and athletic competitions. Social life centered around the banquet and the pool. Racial tension was the breaking point.

Sounds like something you’d hear on TV news or read from an on-line report, doesn’t it? You’d think it’s describing world conditions today. But think again. The account goes on to say,

In such a time and amid such a people, a child was born to a migrant couple who had just signed up for a fresh round of taxation and who were soon to become political exiles. The child was called, among other names, the Prince of Peace.

Yes, this was the state of world affairs when Jesus entered the scene at his first advent. And yet, when he comes at his second advent, he will change the world so that it will no longer be in such a state. You could say that the child born in the stable will someday change an unstable world and make it permanently stable. For the Prophet Isaiah wrote,

There will be no end to the increase of his government or of peace. On the throne of David and over his kingdom, to establish it and to uphold it with justice and righteousness from then on and forevermore. The zeal of the Lord of hosts will accomplish this (Isa. 9:7).

Just think of it: Jesus the Messiah or Christ will rule over the nations with power and authority and establish world-wide peace. This is the peace to which the angels were referring when they heralded the birth of Christ. And it was presented with joy that will come to all the world.

When believers in this present age accept Jesus into their lives, they begin their quest for the day the Prince of Peace comes. The peace of God and peace with God fills our hearts so that we get a tiny taste of that future peace by experiencing it in our own lives.

Jesus promises us this inner peace. He said he would give us HIS peace: “MY peace I give to you…” (John 14:27). It’s an important feature produced by the Spirit  (Galatians 5:22-26). And thus, as we live Spirit-filled lives, we strive to live peaceably with all persons, just as Paul admonished the church:  “If possible, so far as it depends on you, be at peace with all men….Be not overcome by evil, but overcome evil with good,” (Rom. 12:18, 21).

To show the influence that Christ has on those who are able to be at peace with one another, there were these two monks. The two monks lived together in perfect harmony and accord. But these two were getting tired of the monotony of the manner of life which moved one of them to say, “Let us get out of the groove of our humdrum round of daily tasks and do something quite different. Let us do as the world does.”
Having lived sequestered life so long, one of them inquired, “What does the world out there do?”
The other monk said, “Well, for one thing, the world quarrels.”
Having lived so long in the bondage of holy love, he had forgotten how to quarrel. So, he asked, “How does the world quarrel?”
The other monk replied, “See that stone over there? Place it between us and say, ‘This stone is mine.'”
Willing to accommodate his beloved friend, he said, “The stone is mine.”
Pausing for reflection and feeling the compulsion of years of harmonious friendship, the monk who suggested the quarrel concluded, “Well, brother, if the stone is thine, keep it.”
And thus ended the quarrel.

A lot of quarrels would end if the parties involved simply decided that harmony was more productive and satisfying. As a result, others would notice this, too. There’s no better way to convince others of the benefits of peace than to show it by the way we treat one another.

When we ask the Prince of peace into our lives, we will then be able to show the world what it means to be at peace with another. The righteous example of a life at peace with God does, indeed, have an influence on those who do not know what the true peace of God brings.

According to a Chines proverb,

The spread of peace starts in the heart and flows over toward others. It’s most difficult to enjoy the reward of peace through Christ if there is conflict within one’s inner self. Such unrest will cause divisions in personal relationships as well as social relationships. It explains why there is so much instability in the world, dividing families, communities, and nations.

While we always hear the words “world peace” we know that it will never be permanently achieved by human effort but by God himself when his Son enters the world a second time. The babe that was born long ago was praised as the one who will ultimately bring it in due time.  And those who follow him will be right there with him to assist him when he does.

Jesus Christ is the peace-bringer. He brings peace with God that our lives may be cleansed from sin and changed for his glory. He brings us inner peace of mind through the Power of God. He brings peace to one another in preparation for that future reign of peace in his kingdom. No wonder the angels praised God! No wonder the shepherds were so excited upon hearing the Good News of his birth! No wonder we celebrate his birth with much joy and rejoicing!

Here is a beautiful rendition of “Joy to the World,” in a live concert presented by Celtic Women: https://youtu.be/VDmIddF7DfQ

Have a Blessed Christmas!
Good News to YOU!
Pastor Michael