Earthquakes Shake Israel─Sign of the Times

Below is an excerpt from an article I received from Bibles for Israel. (www.messianicbible.com) The article reports that earthquakes have recently rocked Israel bringing to mind the prophecies to take place in the last days prior to the return of Christ. It cites various Bible passages along with current news that predict various earthquakes as a sign that Jesus’ coming is very near.

Since Israel does sit on a fault line as you’ll read in the article, it’s easy to see how this prophesied split on the Mount of Olives can take place. Keep this in mind as you read about the recent earthquakes that have occurred in Israel and how this serves as a reminder of what is to come as we head closer to Jesus’ glorious coming. As we see these signs taking place, let us use each day to be prepared for that Great Day coming.

Good News to you,
Pastor Michael

The Jordan Rift Valley in Israel is part of the Dead Sea Rift, a geological
boundary that separates the Arabian plate from the African plate deep under the
earth’s surface.

“Tell us, they said, when will this happen, and what will be the sign of Your coming and of the end of the age? … There will be famines and earthquakes in various places.  All these are the beginning of birth pains.”  (Matthew 24:3, 7–8)

Israeli Prime Minister Benjamin Netanyahu met at the Knesset (Israel’s
parliament) last week with officials to discuss preparedness in the event
of an earthquake.

Six tremors were felt as far north as Safed in the Galilee and as far south as the southern port city of Eilat, which sits on the Gulf of Eilat, also known as the Red Sea.

On two separate days, tremors of a magnitude of 3.6 on the Richter scale were felt in the north, including two on the same day in Tiberias, where the walls of older apartment buildings cracked causing residents concern for their safety.

Quakes measuring 3.3 on the Richter scale were experienced in Eilat and further south in the Red Sea.  (Times of Israel)

Tiberias is an Israeli city on the western shore of the Sea of Galilee
(also called the Kinneret).

“My daughter, who works in a different part of the city, called in a panic,” Sror said.  “I heard her frightened coworkers on the phone.  Four hours later, there was another earthquake—we thought we were imagining it, but we felt the movement and everyone started screaming, ‘Did you feel it?  Did you feel it?’”

One of our Bibles For Israel team members was also in the thick of it.

“I was sitting at my desk in Tiberias hard at work, when my chair began to move back and forth and my stereo speakers began to rock, but not from playing music,” he said. 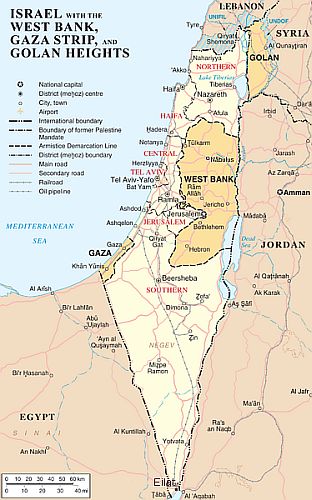 The general manager of the Geophysical Institute of Israel, Dr. Uri Frieslander, said a bigger earthquake would not necessarily follow the string of smaller ones.

“The sequence of earthquakes does not indicate anything about the future.  We can’t rule out a stronger earthquake, but it is certainly possible that these small quakes will not lead to anything,” he said.  (Israel HaYom)

Israel, however, sits on top of a fault line that stretches from northern Syria down to East Africa and combines several rifts running through the Jordan Valley, the Dead Sea and the Red Sea which meet up with the East African Rift.

This entire system is subject to seismic activity. 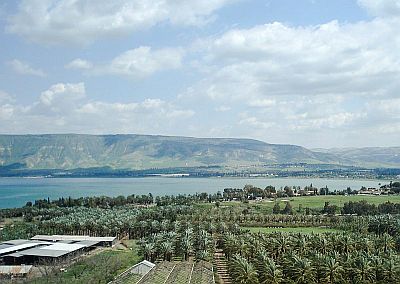 The Jordan Valley along the Sea of Galilee.

“We are heading to an earthquake,” Amotz Agnon, a geology professor at Jerusalem’s Hebrew University said (jn1tv).

“I cannot tell you when, I cannot tell you exactly where will be the next one.  But since the Jordan Valley, the Dead Sea, the Arava Valley, this stretch of 200 kilometers hasn’t seen a really big event in the last, say, almost thousand years may suggest that we are closer to an event.  It definitely tells us that the level of energy is high.  But we don’t know yet when the next catastrophe will come,” he continued.

The Bible does predict a huge end-time earthquake in Israel, as well:

Many of Israel’s buildings were not built with quakes in mind.

“A big chunk of Tel Aviv has buildings from the 50s,” Agnon said, adding that they stand on pillars without any support.  “You have all these parking lots under buildings … and they will collapse.  You don’t need a huge earthquake for this.”

Tel Aviv architecture is characterized by a charming mix of
Oriental Eclectic, Bauhaus, Art Deco, classical, and modernist,
among other styles.

Although Israel invested a couple of years ago in an earthquake alert system that will notify the public of a quake ahead of time, it will not be operational until 2016.

In 1837, a major quake left 5,000 dead.  Such quakes are known to hit the country on average every 80 years, meaning that Israel may be due for another serious event. (Times of Israel) 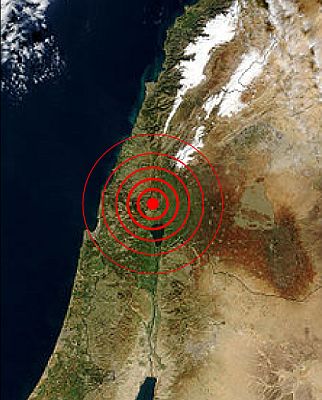 The epicenter of the 1837 earthquake was just north of the
Sea of Galilee.

Israel is not the only country this month to experience earthquakes.

The Philippines experienced its most deadly earthquake in 23 years, in which 222 were reported dead, eight missing, and 797 injured.  Over 67,000 houses were damaged or destroyed.

Yeshua (Jesus) prophesied in Matthew 24:3–8 that there would be earthquakes in the last days.

In the Book of Revelation, in John’s vision of the Apocalypse, earthquakes are connected with the opening of the Seven Seals:

“I looked when He broke the sixth seal, and there was a great earthquake and the sun became black as sackcloth made of hair, and the whole moon became like blood.”  (Revelation 6:12)

“Then the seventh angel poured out his bowl upon the air, and a loud voice came out of the temple from the throne saying, ‘It is done.’  And there were flashes of lightning and sounds and peals of thunder; and there was a great earthquake, such as there had not been since man came upon the earth.”  (Revelation 16:17–18)